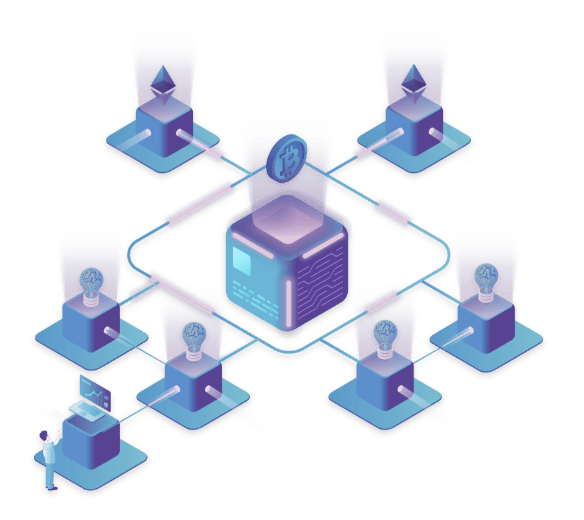 Blockchain is a series of immutable data records with datetime signature. Each block is protected by cryptography and managed by a group of computers that do not belong to any particular entity. Blockchain is a simple and ingenious way to pass information from A to B in an automated and secure way.

How does blockchain work?
When a transaction is started, the first step to be performed is the creation of a block. This block is verified by millions of computers on the network. After this verification, the block is added to a chain stored in the same network, thus creating not only an exclusive record but also an exclusive history, and practically impossible to falsify, to do so it would be necessary to falsify the entire chain, which is composed of millions of stages.

The reason why blockchain is famous:
Blockchain does not belong to a single entity, therefore it is decentralized. The data is cryptographically stored within the blockchain. Blockchain is immutable, which means that no one can modify the data that is within it. Blockchain is transparent, so you can track blocks if you wanted to.

The three columns of Blockchain technology:
Decentralization: In a decentralized system, the information is not stored by a single entity. In fact, everyone on the network owns it.

Transparency: Blockchain offers privacy and transparency. The person is hidden using complex cryptography, that is, we can see the transaction but we will not know from whom it comes or goes.

Immutability: As we mentioned before, it is impossible to modify something inserted in blockchain. That property is obtained using the cryptographic hash function.